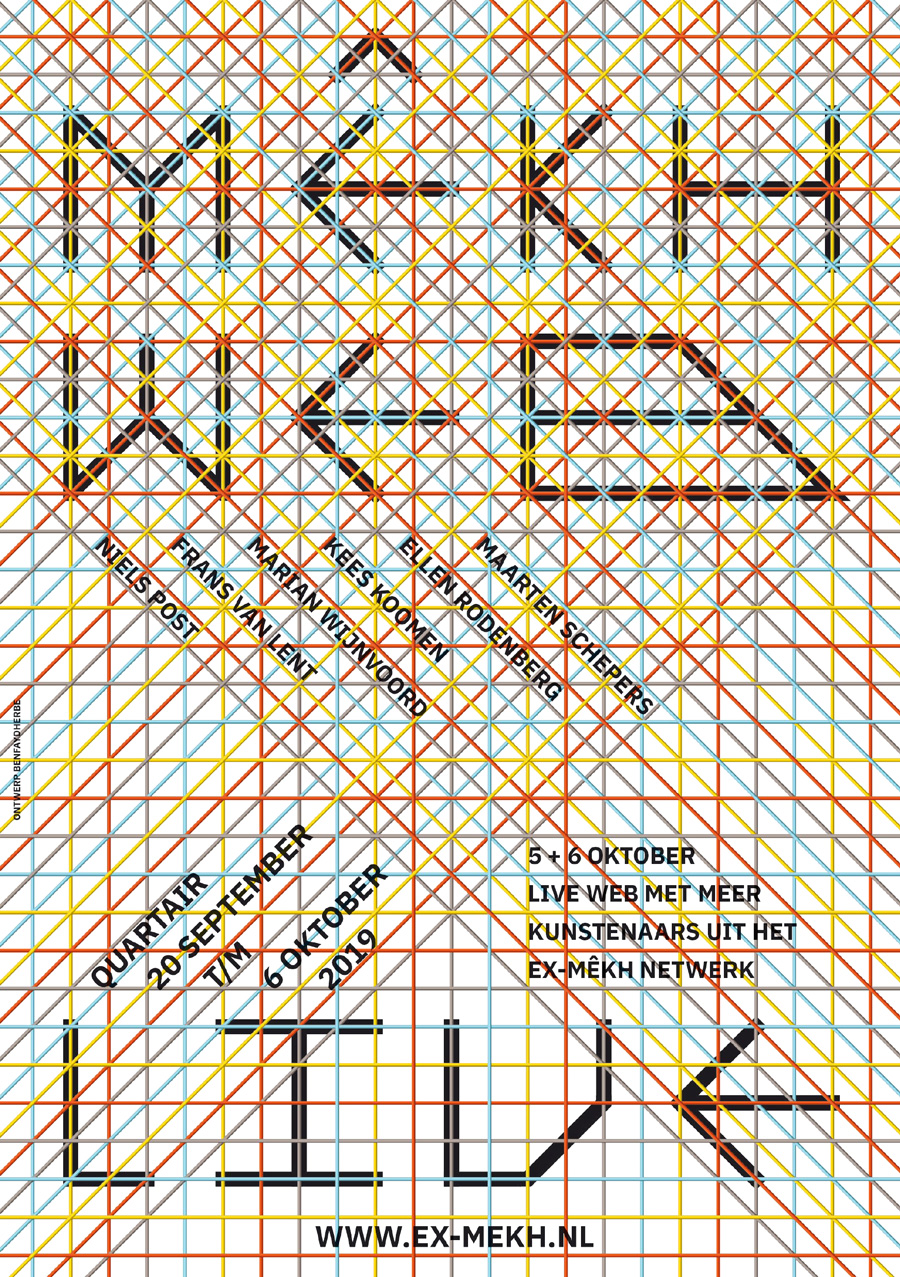 In 2006 Maarten Schepers, Ellen Rodenberg, Kees Koomen and an artist whose first name starts with an H (Hans/Henk?) formed the ad-hoc/nomadic exhibition collective EX-MÊKH. Mister H left the group soon after it was started and the remaining members have organised over 20 shows in the Netherlands and abroad ever since.

For their 13 year anniversary show MÊKH-web in their hometown The Hague they invited three artists who “had an influence on the collective”. Marian Wijnvoord from Berlijn, Frans van Lent from Dordrecht and myself (quite an unexpected – and nice- surprise).